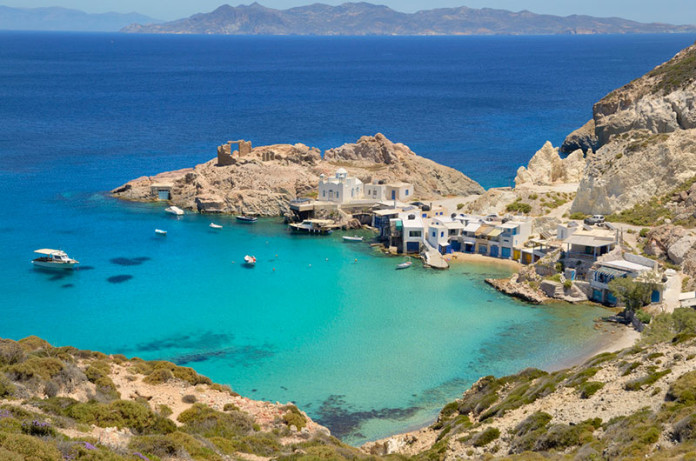 Famous for its many ruins, Greek gods, awe-inspiring landscapes and beaches, you will be teleported back in time when you visit Greece. The country is also famous for producing world-renowned Greek singers Demis Roussos and Nana Mouskouri whose song “White Rose of Athens” has been sung in theatres and concert halls the world over.

Beaches aplenty are yours to explore. Sunbath and relax as you work on sporting a Greek tan. Why not enjoy a few Greek olives as you stare off across the ocean. Take a dip at the Elafonisi Beach in Crete, possibly the best beach in the country. Naxos also has a great variety of beaches, so there’s a beach for everyone’s taste there.

A vacation to Greece is not complete without diving the depths into the blue. Dive the HMHS Britannic of the island of Kea or head to Corfu, the Santorini Beaches or Chios Island. Diving is a must when in Greece!

What’s a holiday without a feast? Tantalise your taste buds with Moussaka, Fassolada or Tiropites. For anyone who wants to experience a real island holiday, stamp Greece in your passport.

Things to do in Greece

The Parthenon is one of the most famous buildings in the world and the most famous building from Ancient Greece. This magnificent structure, situated at the top of the Acropolis, was built to honor the goddess of Athens, Athena. Here you will get a feel of ancient Greece and its civilization. The views from the Parthenon are spectacular. When you look down at the ruins, you are taken back in time as you imagine what life would have been like back then. Take a tour guide with you when you visit the Parthenon who will give you plenty of historical information. The Parthenon needs to be on your Greece bucket list.

The Acropolis is a complex of temples and ruins. During the times of ancient Greece, people would worship in the temples and host festivals. Also visit the Temple of Athena Nike and the Propylaea, which is the monumental gates to the Acropolis. Not to be missed is the Acropolis Museum situated a few hundred meters from the Acropolis. The museum is home to some of the most important sculptures of ancient Greece. It’s also where you will find all you need to know about the Acropolis of Athens. What makes this museum great too, is that it’s located in the center of Greek culture. The three-story museum holds about 4,000 items. Get to see artifacts that the Athenians used on a daily basis, sculptures and there is even a glass floor where you will see the rock from the ancient city below you. Also, see the Parthenon from the glass gallery.

This is the best-preserved ancient temple in Greece and was built to honor the Greek god Hephaestus. There are interesting friezes to see at the temple. The friezes on the east depict laborers of Hercules. On the north and south sides, Thesueus’ laborers are seen and on the west side of the temple, sculptures show the fall of Troy. The temple is very well preserved and is well worth a visit.

Located on the island of Rhodes, Lindos is characterized by white-washed houses and cobblestone streets. Stop in at one of the cafés or stroll through a shop to find trinkets to take home. There is Turkish, Roman and Italian architecture to marvel at. The Beach of Pallas on the north side is popular among locals. The water here is crystal blue and there are boat trips from the jetty and there are also watersport facilities. Above the village of Lindo is an acropolis with monuments, including an old stadium and a marble theatre. There are also columns and ruins from the Temple of Apollo.

This pristine, picturesque beach can only be accessed by boat with daily trips available. Take along some snorkel gear to check out the marine life. The beach has a few caves too, so discover a way.

This theatre is regarded as the best-preserved theatre in Greece. The Epidaurus Theatre has brilliant acoustics and the architecture is marvellous. Highly recommended is a climb to the top of the theatre. The theatre forms one part of what is known as the Sanctuary of Asklepios, which was a healing center for people from all over the world. The sanctuary was devoted to the healer god, Asklepios. The ancient Greeks believe that sport and music were an important part of healing. Also visit the museum which houses sculptures, oil lamps, phials used for medicine and artifacts from the days of old. Don’t miss a visit Epidaurus, it’s really worth it.

Museum of the Royal Tomb of Aigai

Take a guided tour of this spectacular museum. Here will see the tombs of the Macedonian royal family, gold artifacts and also get a great sense of history. The museum is a true treasure of Greece. Make sure you add this to your itinerary.

This is a little piece of heaven! Santorini is well-known for its white-washed houses and blue dome churches. Not to mention its active volcano. Walk the cobblestone streets and frequent the many bars, restaurants and shops in Fira, the capital of Santorini.

From students, families on holiday to the wealthy. Explore everything from history to tradition when you visit Mykonos. Venture to the waterfront where you will find sailboats or head to a good diving spot and snorkel. For some sightseeing, check out the windmills or if you are in the mood for a party, head to Paradise Beach where you can dance until sunrise with deejays playing some great tunes. Hop on a boat to Delos, where you will see some fantastic monuments of ancient Greece. The island of Delos is divided into four main areas: the Maritime Quarter, Theatre District, Sanctuary of Apollo and Lion District. The place is just full of history. It’s possible to spend a day there and a must-see while in Greece. 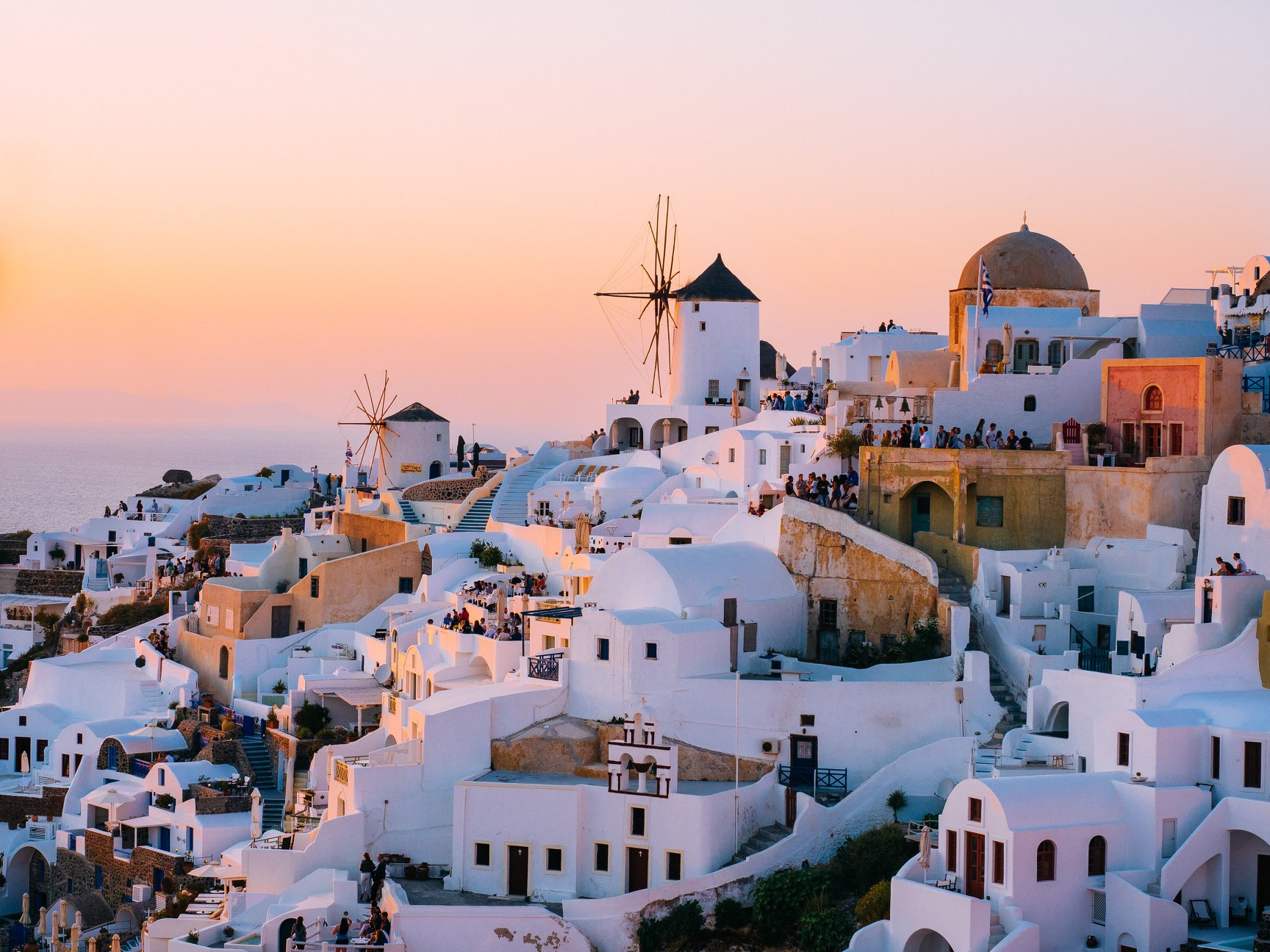